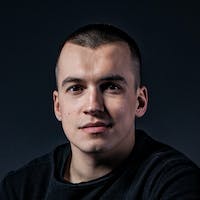 What's nagging you the most when you think about logging in NodeJS? If you ask me I'm gonna say lack of of industry standards for creating trace IDs. Within this article we'll overview how we can create these trace IDs (meaning we're going to briefly examine how continuation local storage a.k.a CLS works) and dig deep into how we can utilize Proxy to make it work with ANY logger.

Why is it even a problem to have a trace ID for each request in NodeJS?

Well, on platforms that use multi-threading and spawn a new thread for each request. There's a thing called thread-local storage a.k.a. TLS, which allows keeping any arbitrary data available to anything within a thread. If you have a native API to do that it's pretty trivial to generate a random ID for each request, put it in TLS and use it in your controller or service later. So what's the deal with NodeJS? As you know, NodeJS is a single-threaded (not really true anymore as we now have workers, but that doesn't change the big picture) platform, which makes TLS obsolete. Instead of operating different threads NodeJS runs different callbacks within the same thread (there's a great series of articles on event loop in NodeJS if you're interested) and NodeJS provides us with a way to uniquely identify these callbacks and trace their relations with each other.

Back in the old days (v0.11.11) we had addAsyncListener which allowed us to track asynchronous events. Based on it Forrest Norvell built first implementation of continuation local storage a.k.a. CLS. We're not going to cover that implementation of CLS due to the fact that we, as developers, were stripped of that API in v0.12 already.

Until NodeJS 8 we had no official way of hooking up to NodeJS' async event processing. And finally NodeJS 8 granted us the power we lost via async_hooks (if you want to get a better understanding of async_hooks take a look at this article). This brings us to the modern async_hooks-based implementation of CLS - cls-hooked.

Here's a simplified flow of how CLS works:

Let's break it down step-by-step:

It's a simplified version of what's going on under the hood, yet it covers all major steps. If you want to dig deeper you can take a look at the source code. It's less than 500 lines.

So once we got an overall understanding of CLS let's think how we can utilize it for our own good. One thing we could do is create a middleware that wraps every request in a context, generates a random identifier and puts it in CLS by key traceID. Later, inside of one of our gazillion controllers and services we could get that identifier from CLS.

Then in our controller we could get the trace ID generated like this:

There's not so much use of this trace ID unless we add it to our logs.

Let's add it to our winston.

Well, if all loggers supported formatters in a form of functions (many of them don't do that for a good reason) this article wouldn't exist. So how would one add a trace ID to my beloved pino? Proxy to the rescue!

Proxy is an object that wraps our original object allowing us to override its behavior in certain situations. List of these situations (they are actually called traps) is limited and you can take a look at the whole set here, but we're only interested in trap get. It provides us with an ability to intercept property accessing. It means that if we have an object const a = { prop: 1 } and wrap it in a Proxy, with get trap we could return anything we want for a.prop.

So the idea is to generate a random trace ID for each request and create a child pino logger with the trace ID and put it in CLS. Then we could wrap our original logger with a Proxy, which would redirect all logging request to the child logger in CLS if found one and keep using the original logger otherwise.

In this scenario our Proxy could look like this:

Based on the idea above a small library called cls-proxify was created. It has integration with express, koa and fastify out-of-the-box. It applies not only get trap to the original object, but many others as well. So there're endless possible applications. You could proxy function calls, class construction, pretty much anything! You're limited only by your imagination! Take a look at live demos of using it with pino and fastify, pino and express.